How Many Stars should I give a Book on Amazon??

This game sucked – One star review

This shirt is red. And it fits – Five star review

See where I’m going with this?

For 99% of the products sold on Amazon (or any site where reviews are gathered) rating things is a fairly straightforward process. If a product doesn’t work, doesn’t match its description, or showed up a billion years late, the result is usually BOOM – bad review. If a product works, fits its description, or basically doesn’t fall apart within five minutes, BOOM – good review. It’s easy. It’s simple. It’s a formula that applies to most consumer goods, from clothing, tools, toys, jewelry, et cetera.

But it’s no problem. Not at all. Simply refer to my handy guide on deciding how many stars to rate a book on Amazon.

Now let’s start at the bottom: 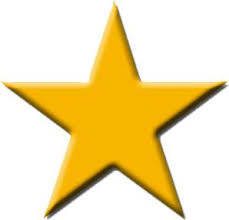 To be used only when a book is awful, unreadable trash, the one star review should seldom be applied. I reserve it only for those books that have awful editing, a truly atrocious grasp of storytelling, or a first chapter so dull and uninspiring I couldn’t get past the first few pages. When thinking about one star reviews, consider that if you finish the entire book, it’s probably not a one star book. If you enjoy even some small part of it, it’s probably not a one star book. But if it’s so wretched you feel ill after a chapter, then maybe, just maybe, you can go ahead and kill it with the old single star. 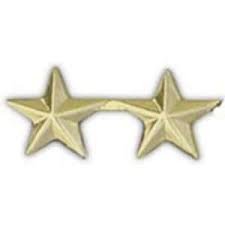 Now is where it gets a little trickier. Did you get halfway through a book, but you couldn’t finish it due to a sudden, moronic plot twist spoiling everything? Did the book have a few interesting characters and events, but crappy grammar throughout? Was a book ok, but wayyyy too short or wayyyy too long to really reach out and grab your interest? These are a few of the reasons to hit a book with two stars. Once again, if you can finish an entire book without throwing it at the wall, it’s generally not a good idea to cripple it with two stars.  Although a book might be two star worthy if you find yourself slogging through it just to say you finished it.

Useful side-note: if you stop reading a book due to something going on in your life (as opposed to the book sucking) consider a three star review instead. 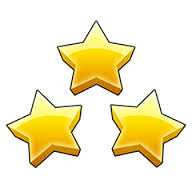 Did you finish a book, but found yourself struggling near the end due to poor plot management? Did you enjoy a novel, but hated a character or two because they were badly, unrealistically written? Was the story pretty darn awesome, but the editing or grammar spotty? Now we’re talking three star material. Three stars is for solid, readable material written competently, but not written masterfully. If something was pretty good, but just a bit too long or short, it’s probably three stars. If it had a decent, but not super compelling story, it’s probably (you guessed it) three stars.

The three star review is underused. Consider adding it to your arsenal.

Now we’re getting somewhere. The four star review is where most good books (should) reside.

If a book has solid grammar, tight editing, and a story that makes you want to read just one more chapter before going to bed, it might be four star worthy. If after you finish, you can’t stop thinking about that one cool plot twist or awesome chapter, it might be a four star book. If I’m an author (and I am) I’m happy beyond measure with four stars. It means I entertained the reader. It means I made them love some of my characters (and maybe hate some others.)

Think of it this way: if right after you finish a book, you’re hoping for the sequel, you’ve probably got a four star story on your hands. If you itch to recommend it to your friends or maybe even re-read it the very next night, we’re talking four stars all the way.

Ah, five star reviews. Perhaps the most overused and misunderstood star cluster in the universe. No author will complain about getting a five star shot in the face, but let’s face it, most of the books a person reads in their lives probably aren’t five stars…even if they review ’em that way.

Five star books should be at least one of the following:

If a book isn’t really, really good or it doesn’t possess a unique quality compared to other books, it might not be five star worthy. But if it grabs you, scares you, makes you fall in love, or lights up your intellect, that’s when we’re talking five stars.

Five stars should be reserved for the best of the best. If you love-love-loved a book, that’s when you take a dive for five.

I hope you enjoyed this quick and dirty star-guide.

For even more interesting content, check out the hundreds of articles on Tessera Guild.

If you feel like reviewing some good fiction, try this.

If you prefer non-fiction, go here.

J Edward Neill is a surreal artist and author. He lives in a cavern in North GA, where the sun shines too much, but the bourbon is fantastic.
View all posts by grimwain →
Bookmark the permalink.