Preview: 101 Questions for the End of the World

A part of me is ever optimistic.

Another part of me…not so much.

I’ve always hoped for more out of the universe. And what I mean by more is that I want a greater meaning. A deeper understanding. The ability to one day, even if after my own death, to pull back the curtain and see what’s really going on.

I want to know.

I want to know everything.

And that’s the problem, isn’t it? For though we may spend our entire lives learning, relearning, and discovering, we’ll never know it all. Even our greatest scientists and philosophers won’t ever be able to sit back with a comfortably complete understanding of reality. Not even close. And odds are, no matter how much some of us pine for a divine afterlife, it’s neither probable nor scientifically likely we’ll get one. I admit; I could be wrong about that. I hope I’m wrong. I’d love to sit on a cloud eating chocolate and strumming a harp.

But to be pragmatic, hope is a mistake.

Which means most of us will have about eighty years to learn as much as we possibly can. About life. About the world. About the entire universe. If we’re wise, we’ll cram those eighty years like it’s the night before a big exam. Because we’re going to encounter a ton more questions than answers. And we’re going to dream far more than we’re able to do.

And then, at the end, our knowledge and wisdom will leave us.

If this is it, if our lives are to remain full of questions and theories and small discoveries followed by more questions, so be it. Maybe it really is all about the journey, and not all about how things begin or end.

But it’s not happening soon.

And certainly not during my lifetime.

In reading books from my Coffee Table Philosophy series, one might be tempted to assume a certain arrogance on my part. It might appear as though I think I’ve got the right answers, and that I’m asking questions from an attempted position of know-it-all.

My view is and always has been that I don’t know anything. I dead serious. Beliefs and opinions and theories are swell things to have, I guess. It’s human nature to possess them, to use them in conversations, and sometimes even to employ them as weapons.

But not for me.

I guess what I’m saying is: even though hope is a mistake J, I hope the fact that you’re here means you subscribe to a similar philosophy.

It’s ok not to know.

It’s perfectly acceptable to ask questions for which there are no knowable answers.

In fact, it’s almost criminal not to. 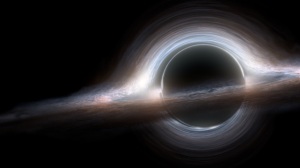 A black hole: where life’s unanswerable questions go to die. 🙂

So anyway, I guess what I’m getting at is…

…in a few days I’m releasing the final book in the Coffee Table Philosophy series.

It’s titled 101 Questions for the End of the World. And it’s not really like the other nine books in the series.

I mean…it has questions, but instead of ice-breaking, take to a party full of tipsy people, improve your love life-type questions, it’s full of deadly serious inquiries. Think Socrates meets Stephen Hawking, Plato meets Neil deGrasse Tyson, and that’s kinda sorta what End of the World is like. It’s for science buffs, outer space lovers, old world philosophy fans, and serious truth seekers. In this book, I ask readers about all of life’s greatest mysteries, and I await your answers.

Look…instead of trying to explain it all, I’ll just give you three sample questions.

From the following, choose which one(s) you associate with your personal philosophy of life:

Cynicism – The purpose of life is to live with virtue and in harmony with nature (not what you thought it meant, is it?)

Agnosticism – Humanity knows nothing beyond that which it can touch

Pragmatism – The most valuable things are tangible and practical

Theocentrism – God is a central fact of our existence

Nihilism – Life is without objective meaning, purpose, or value

Existentialism – The universe is unknowable, yet humans still have individual purpose and responsibility

The Butterfly Effect is defined as:

The phenomenon whereby a small change within a complex system can have large effects elsewhere.

In other words, a butterfly making the smallest alteration in the wind might set off a chain reaction that causes a hurricane two weeks later on the opposite side of the world.

Think of an important event that has taken place during your life or the life of someone you know.

Now think about how that event came to be.

What was the butterfly?

Suppose the following three statements were true beyond any shadow of a doubt:

No gods or goddesses exist

After death, there is only nothingness

Humanity is inconsequential to the universe

Given these statements, what incentive would a human have to be good instead of evil?

Would good and evil even be relevant?

So there you have it. I hope you’ll dive deep into this new book. I hope it educates and entertains you. And I hope, when you’re done, you review the hell out of it on Amazon.

The world’s best book for blowing up your coffee table. Available in softcover and Kindle versions….in just a few days.

Get ready to science the shit out of yourself.

Oh, speaking of science, I also wrote a ton of fiction books.

J Edward Neill is a surreal artist and author. He lives in a cavern in North GA, where the sun shines too much, but the bourbon is fantastic.
View all posts by grimwain →
Tagged  Books like Neil deGrasse Tyson, Books like Stephen Hawking, Deep Space Trivia, Determinism Books, Life Philosophy.
Bookmark the permalink.