My co-painting collaborator has been down and out lately.

While she’s under the weather, I’ve been busy with my new favorite style. 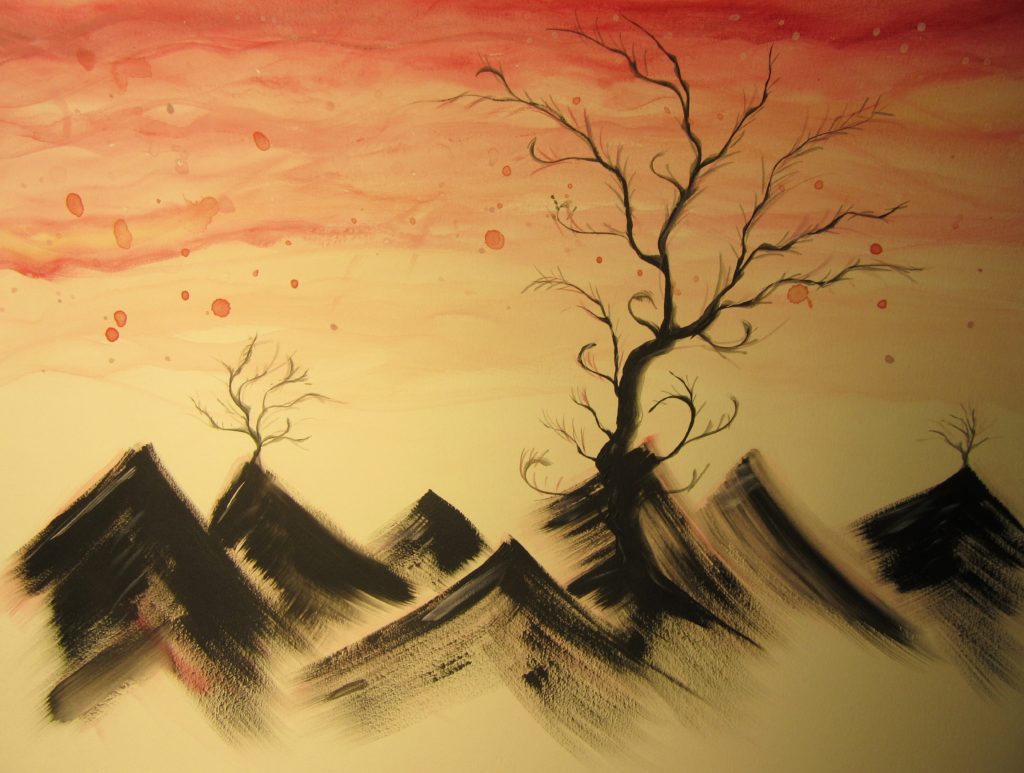 For Stygian Tree, I wanted a slightly Asian theme. Bold colors, stark lines, graceful curves. This painting was both fun and rewarding to create. 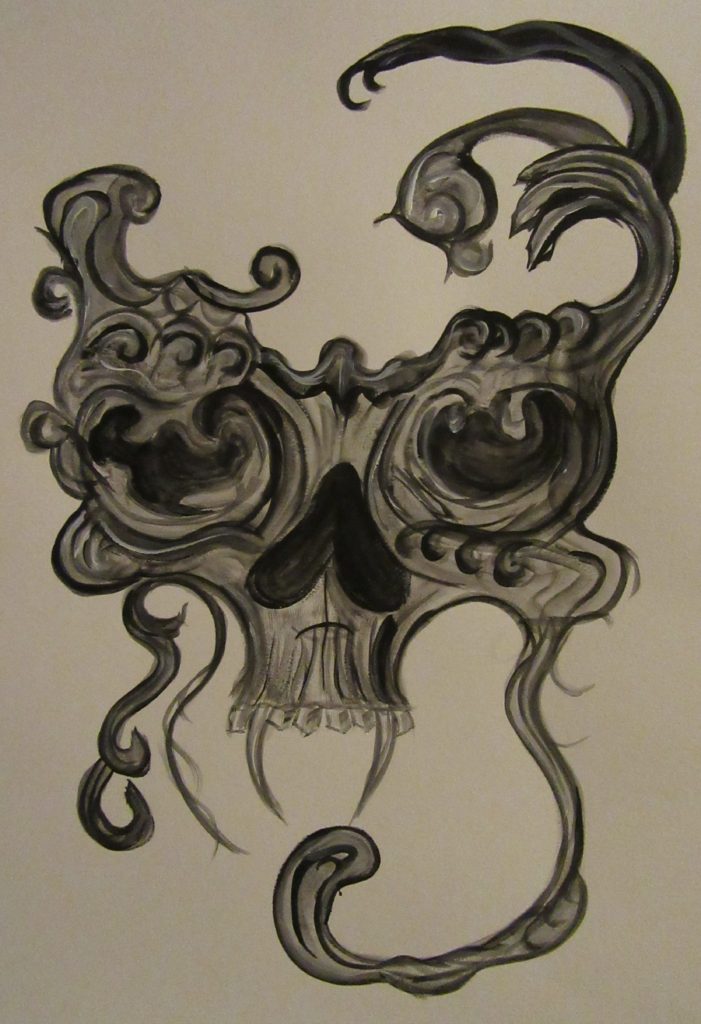 A friend asked me to paint/draw a tattoo. It’s a request I’ve often received, but usually avoided. Drawing tattoos doesn’t really pay, and then there’s the whole ‘this will be on someone’s skin forever’ pressure.

With Diabolos I made an exception. 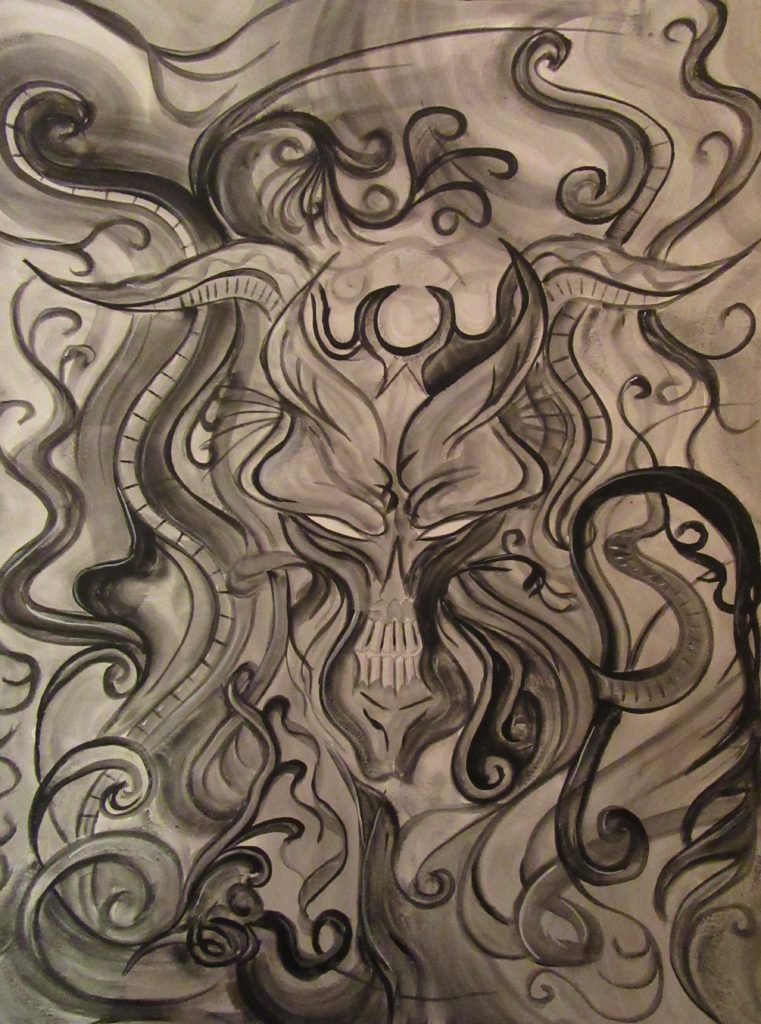 Using a similar style to Diabolos, I popped the cork on a bottle of Apothic Red wine and went nuts on a huge sheet of watercolor paper. I let the paint flow as it willed, and Daemonic was born. 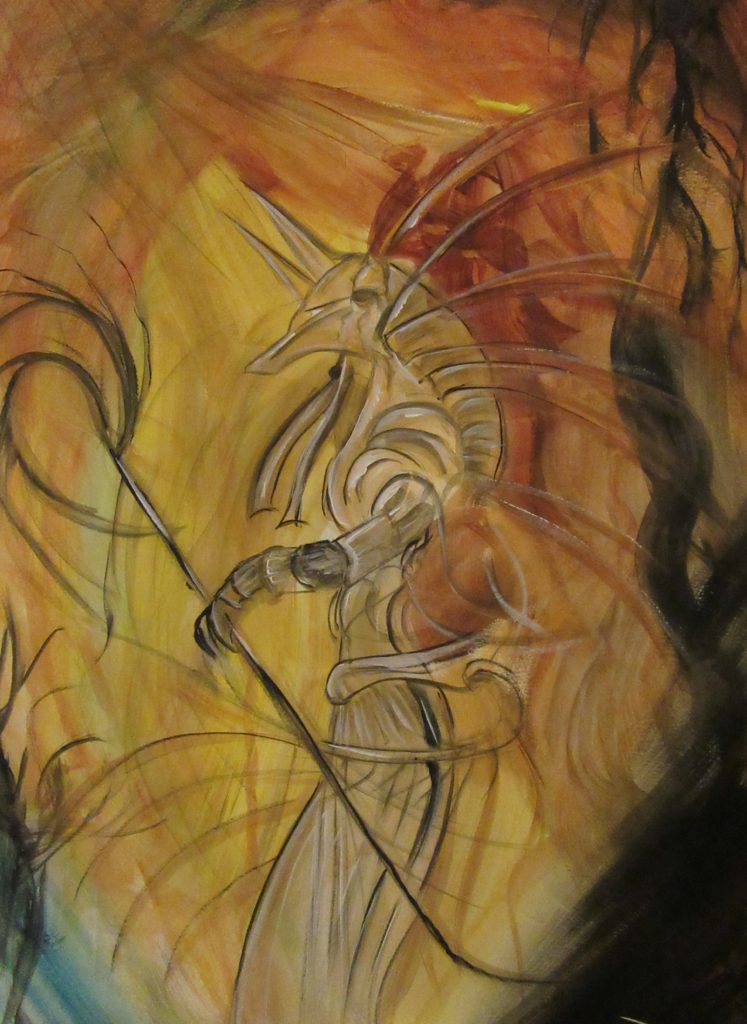 Who’s everyone’s favorite Egyptian god? Anubis, that’s right! This one’s huge, and it sold mere moments after I posted it. Truth is…I’ll miss it. I had visions of framing it above my bed. 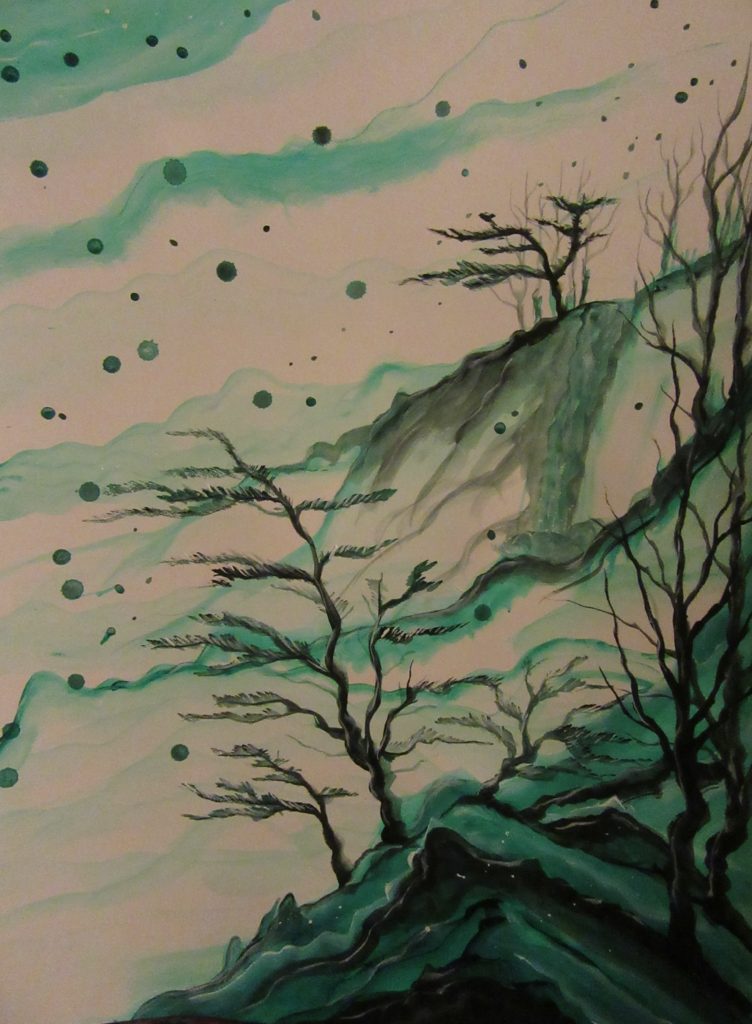 Trees. Mountains. A minimalist style. If I’m being honest, I painted this one while deep in my cups. I still like it. But perhaps it’s missing something? 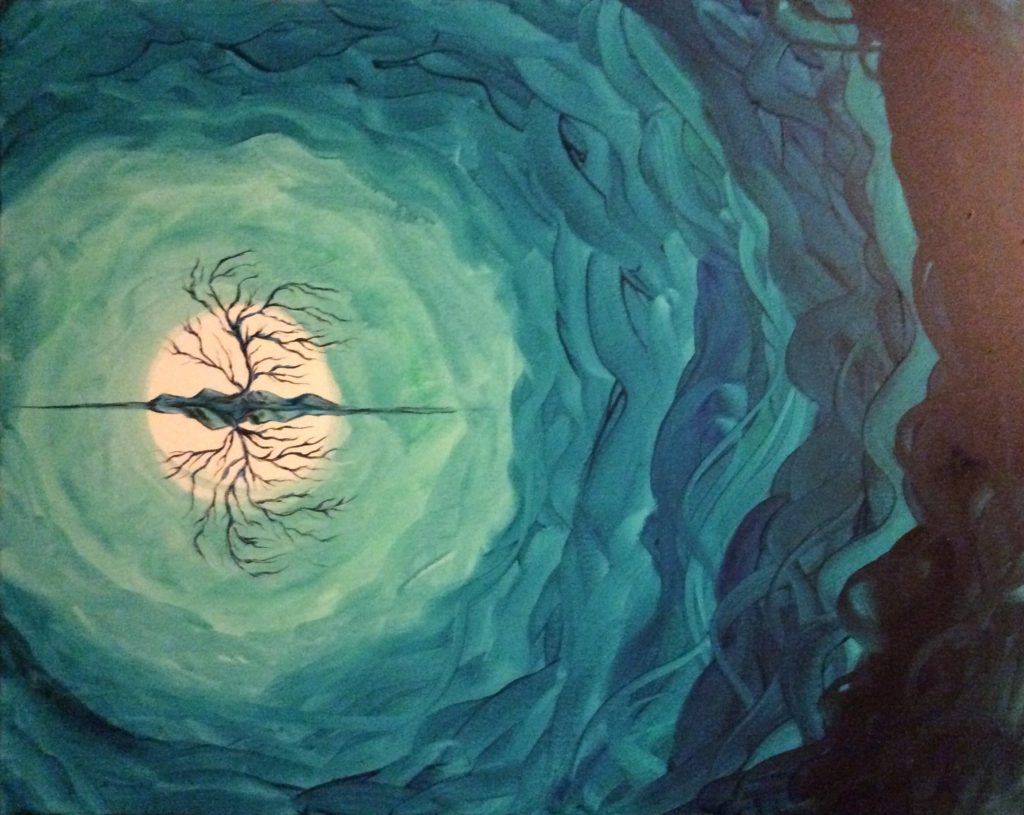 For ‘Gravity’ I decided to use an intense blend of greens, blues, and blacks. I’m not sure I’ve ever had more fun painting. I pretty much went wild with the brush, using huge, wavy strokes to create the gravitational waves. 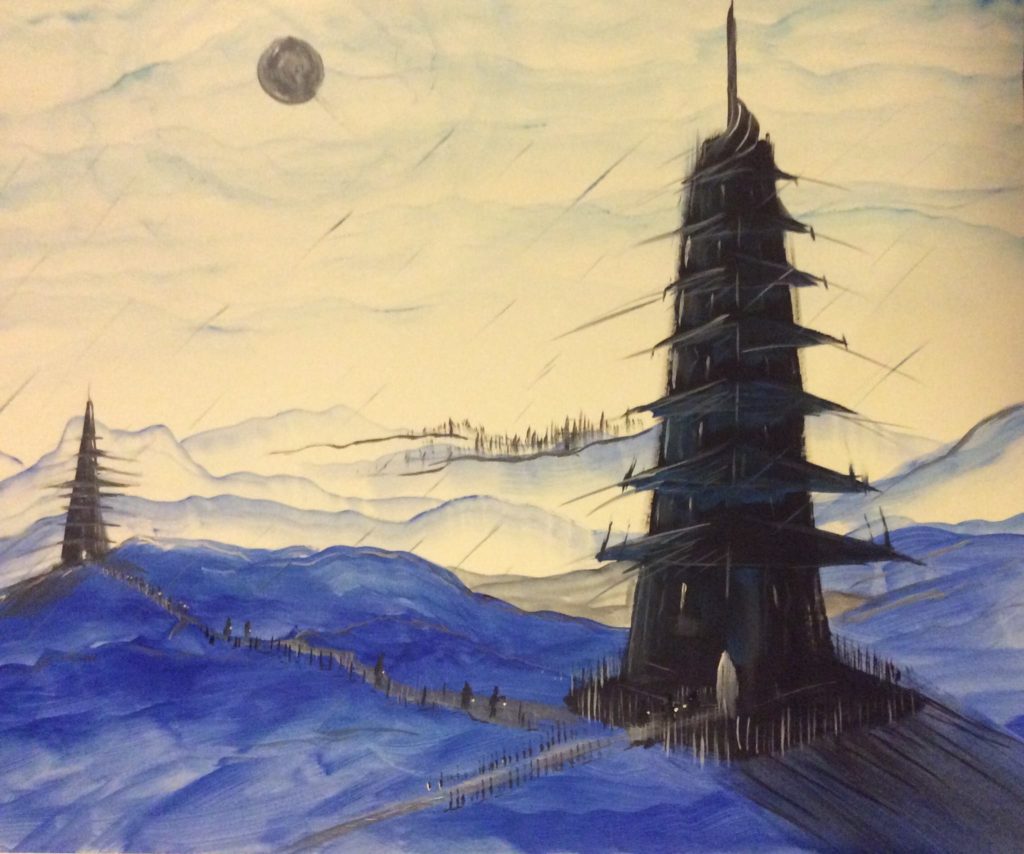 And finally, here’s one I’m not quite done with. We’ve got an Asian-looking tower, some deep blue hills, and the hints of twilight clouds. The plan is to darken the sky considerably.

…and make the moonlight furious.

Thanks for stopping by.

J Edward Neill is a dark fantasy novelist. He lives in a man-cave in North GA, where the sun shines too much, but the wine is fantastic.
View all posts by grimwain →
Tagged  Asian Style, Fine Art, Mountains, Skull, Trees, Watercolor Paintings.
Bookmark the permalink.