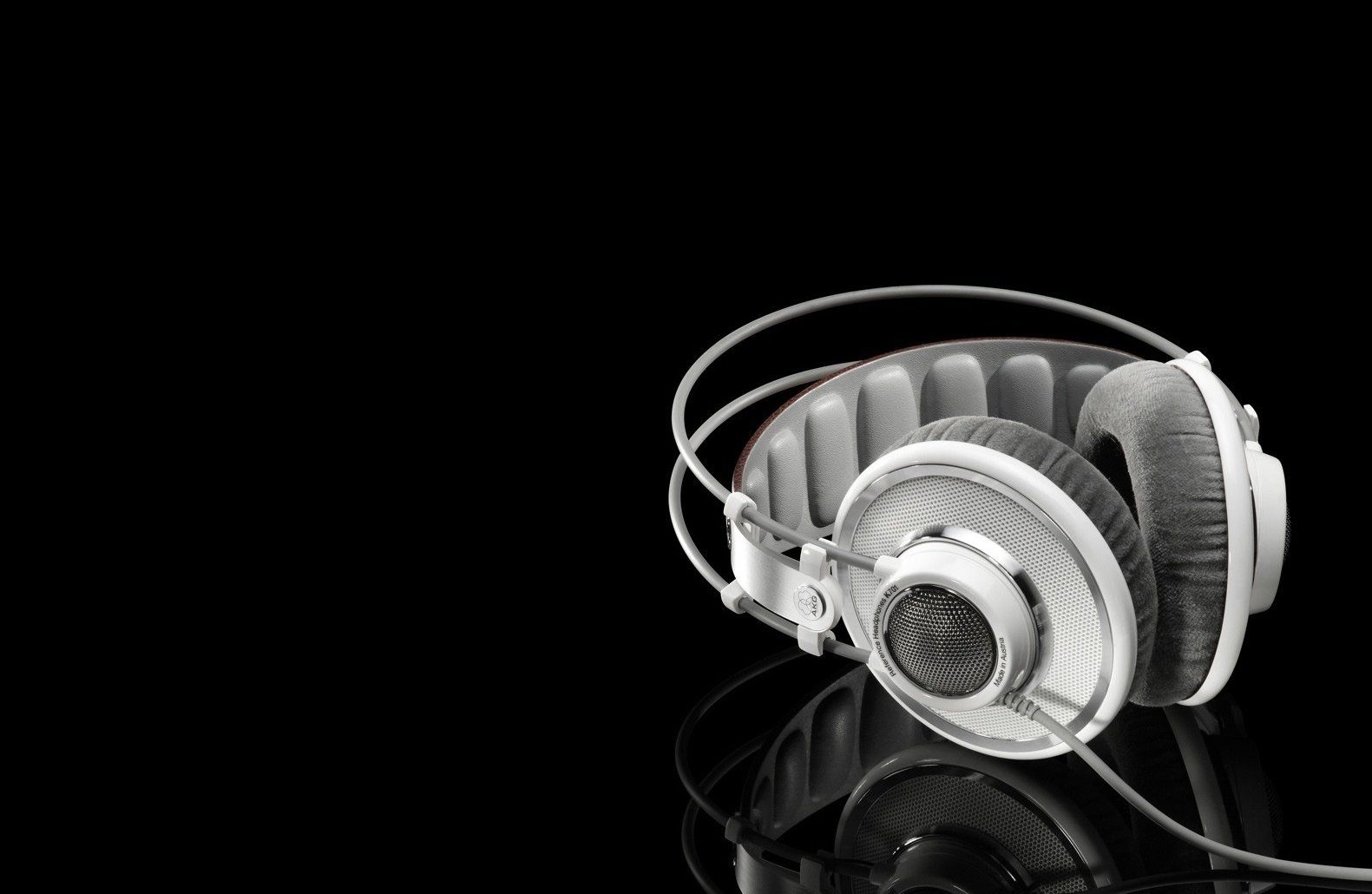 Normally, if you asked me what kind of music I listen to, I’d hit you up with the strangest of combinations. “Death metal, classical soundtracks, and more death metal,” I’d say. I might rattle off a list of obscure soundtracks, old school death metal albums, and artists from the early 90’s, and you’d probably roll your eyes.

When I get down to painting…

I sometimes get even more obscure.

So let’s dive right in.

These are my top ten music selections, whether artists or individual albums, to which I listen while painting away my days and nights. 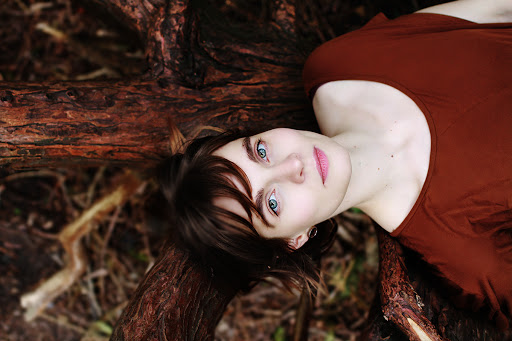 Say her name three times fast, I dare you. So, what can one say about Hildur? Most probably know her as the Oscar award-winning creator of the Joker soundtrack. But really, that’s just the tip of the iceberg. Hildur has several albums, soundtracks, and collaborative pieces with other European artists, ALL of which are amazing. For melancholic string work, atmospheric vocals, and emotional yet subtle compositions, no one is quite like Hildur.

For starters, try her solo album, Without Sinking. The string work alone is enough to make my paintbrush move without my even touching it.

And then move right along to Saman, whose atmospheres and moods aren’t like anything else on this list.

Late at night, while the rest of the world dreams, there’s a pretty good chance I’m wide awake, painting my heart out, absorbing hours of Hildur’s work. 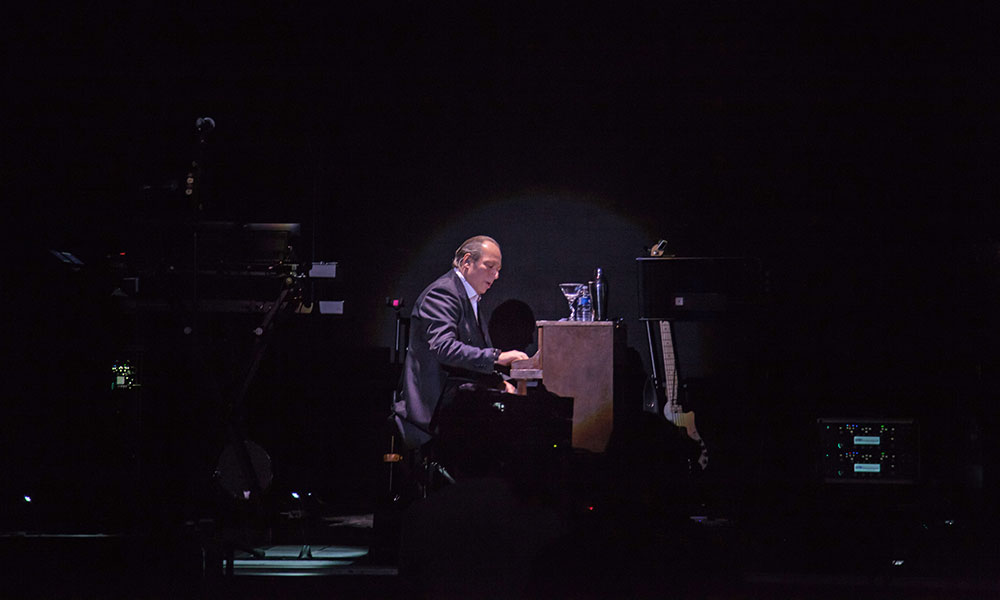 The composer behind the Gladiator, Interstellar, and Inception soundtracks?

All credit to the master. I’m sure I’m but one of thousands who are inspired to create based on Hans’ work.

I mean…just listen to this.

Up until about two years ago, I’d never heard of this band. And then one day I devoured this album, and I knew there was no going back.

Agalloch is a bit louder and more aggressive than most of the sounds on this list. And yet…the depth and length of their albums are enduring enough to inspire plenty of art.

When trying to categorize Agalloch, I sometimes lack the words. They’re not really metal, nor classical, nor contemporary. The way they blend acoustic guitar with slower, chunkier, heavier riffs, and the sheer longevity of most of their songs allows one to fall into a creative ocean…and not need to surface for hours.

I prefer listening to these guys when creating larger paintings. I let the drums set the pace for my background brush strokes, and then I forget what time of night it is.

Sadly, they’re no longer making music. But their catalogue is more than enough to occupy your ears for days. 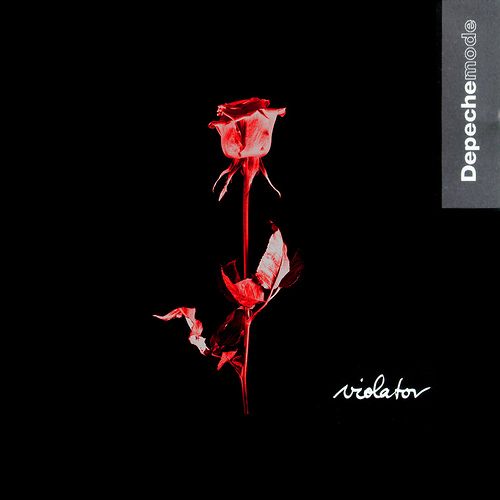 80’s fans will instantly recognize the name, and no further questions will need to be asked.

For everyone else, I’ll say only this. I don’t generally care for most 80’s bands. They’re much too poppy, too concerned with their hair.

But then there is Depeche Mode, one of few artists from that long ago decade capable of creating a genuine dark mood. Yes, plenty of their songs are about addiction and broken hearts. But I’m not really here for the lyrics, after all. I’ve here for Depeche’s moody beats. Their heavy sense of regret. Their darkness.

And more’s the better for painting.

Here. My personal favorite song, Waiting for the Night. 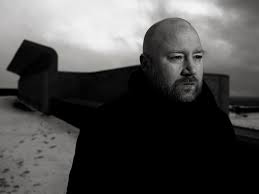 Every once in while, as many of us know, Spotify will deliver us down into a musical rabbit hole.

It was on one such night, while I patiently worked on another of my giant dark tree paintings, Johann emerged onto my playlist.

We’ve talked about Hildur Guanodottir already. Johann Johannsson is quite similar, if darker and more heavily produced. His soundtracks are truly all over the map in terms of depth, mood, and tonal range.

For starters, there’s the super intense Sicario soundtrack. But then there’s this bizarre gem, which I can’t even begin to categorize.

There are nights during which I simply set my music box to ‘Johann’ and never look back. My only grief is that he passed away recently, and thus won’t be able to create more of his wondering, ethereal music. 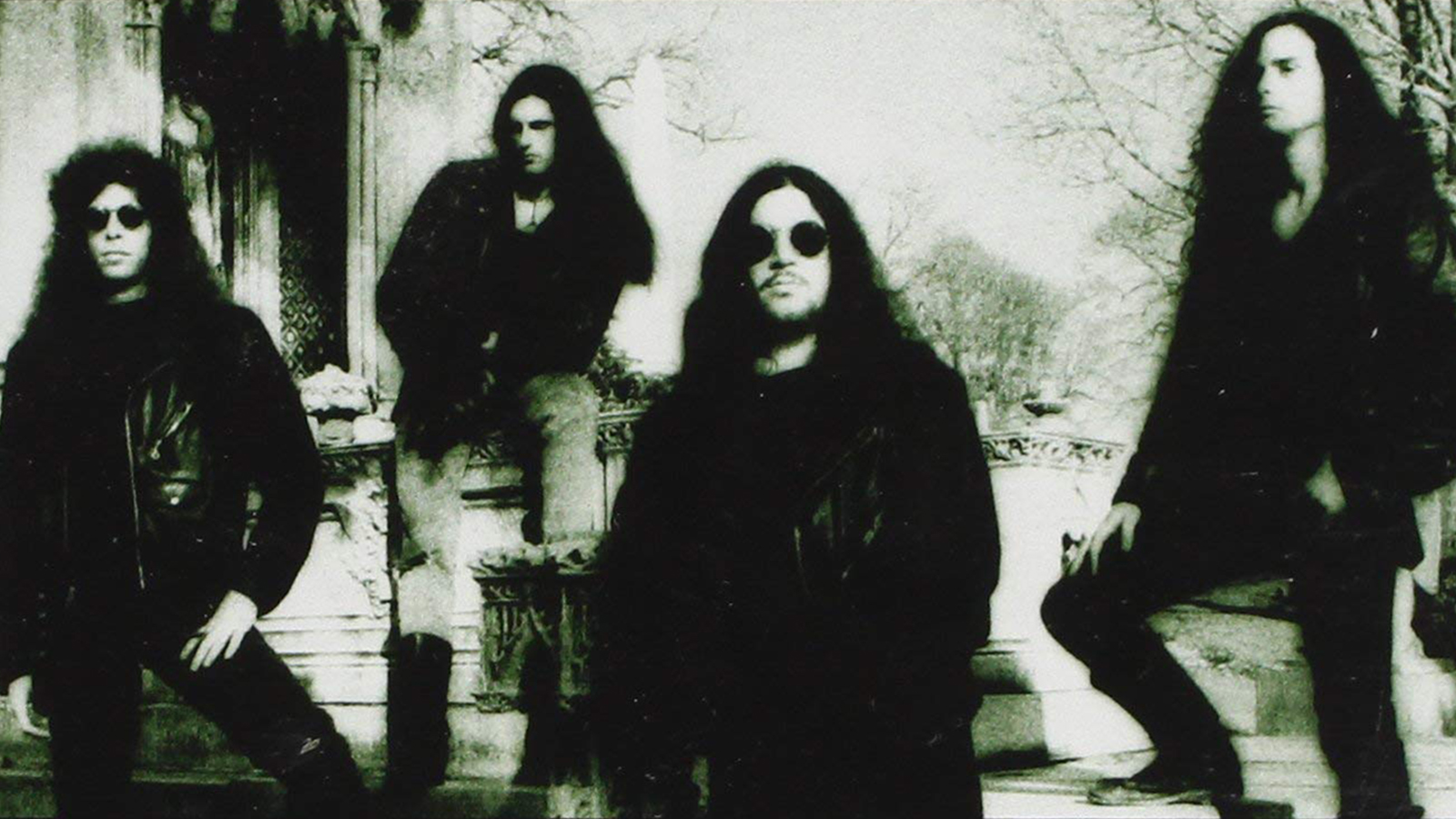 You might ask yourself, “What the hell are these guys doing here?”

Well… Everyone once in a while… I need to add a splash of anger to my art.

And who better than Type O?

I remember being fresh out of high school. And yes, that was ages ago. I heard Peter Steele booming away on albums which seemed to last forever, and I was hooked. As an artist, and as someone who needs to set the mood…and then for it to last a while, I’m not sure there are too many better choices for angst and anger than this here album. Or this one.

Do they truly fit in with the rest of my cello-heavy, moody-acoustic choices? No. Not at all.

And yet here they are. 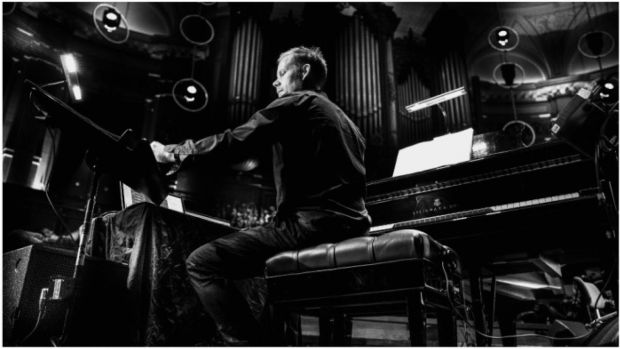 Speaking of moody, here’s a little something.

Max Richter is the master of one thing – long, enduring, ethereal soundtracks. Yes, he has shorter works, such as this beautiful piece. But primarily he deals in songs that seem unending, songs with a limited range but a very striking hook. There are no words (literally everything he does is instrumental) to describe some of his albums, one of which, at 8 hours, 24 minutes, he created with a theme and mood so simple, one could put it on in the background and fall into a waking dream for days.

If I want calm, and if I want to paint with slow, serene strokes, Max is my choice. 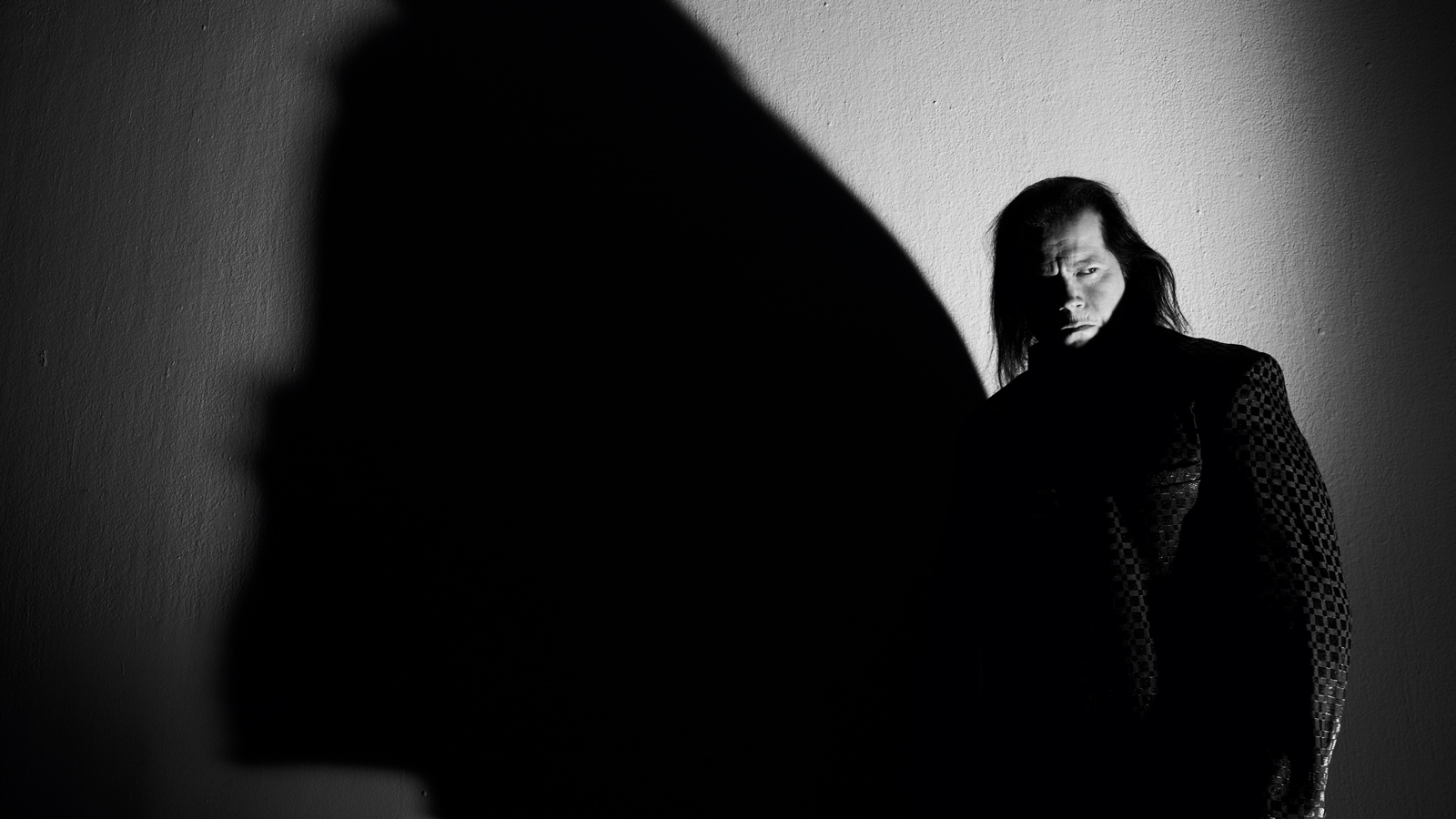 But then again, if I want raw, dark power, I turn to no other than the evil side of Elvis, Glenn Danzig.

Look, say what you will about Danzig’s newer works (which aren’t very compelling) his older music is unparalleled. Yes, he has the one soundtrack-ish album, Black Aria, but for my deep, dark art nights, I turn to his original four compilations, Danzig 1-4.

If a painting requires fury, sorrow, and perhaps more than a splash of dark passion, I go here, or especially here.

And my paintbrush and I will never look back. 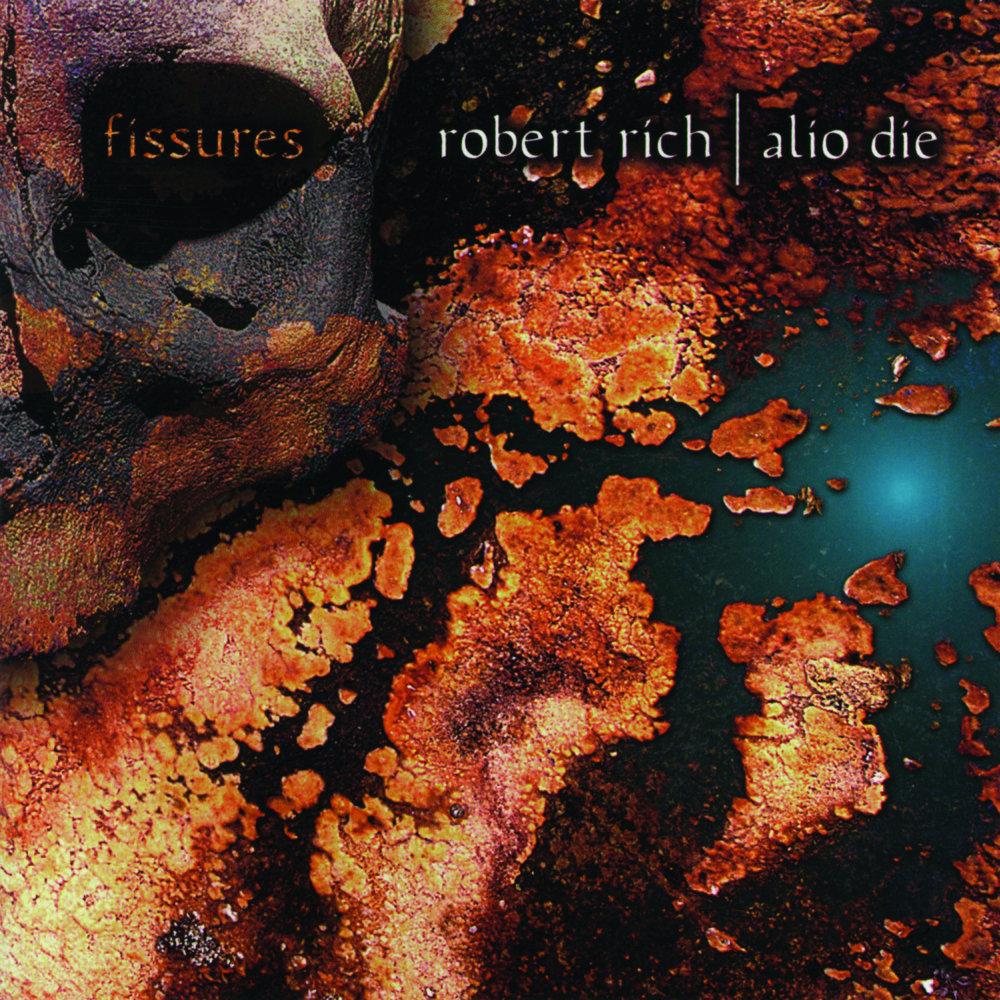 If someone had asked me ten years ago, “Do you like New Age music?” I’d have slapped them in the jaw and shot fire out of my eyes. “New Age, you say? Are you out of your mind?”

Fast forward to today, and I get it now.

There’s something meditative about certain albums I’ve (accidentally) unearthed, and after lengthy experimentation, I’ve decided Robert Rich (and Alio Die, but primarily Robert Rich) is my go-to as far as shadowy, murky, atmospheric music. For example: this. And this. I’ve found myself listening to these and others not only while painting, but while driving long-distance, and finding inspiration whether standing before my easel or riding the long, lonely road.

How far will I follow my New Age curiosity? I suppose time will tell.

At times, I find myself craving the most classical of classical music, the purest, simplest form of human noise-making.

And that, my friends, is chanting.

I don’t have a favorite album for this sort of thing. In fact, other than the Tallis Scholars (whom I adore) I don’t know the names of most of the artists/monks who create this wonderful expression of voice.

But on some afternoons, if the sun is shining just so, and if the mood so strikes me, I’ll put on an hour or five of Gregorian chants and forget I live in the 21st Century.

If you haven’t guessed by now, pretty much all I do is listen to music and make art.

My art is here.

I hope it makes music for your eyes.

J Edward Neill is a surreal artist and author. He lives in a cavern in North GA, where the sun shines too much, but the bourbon is fantastic.
View all posts by grimwain →
Tagged  art music, best art music, J Edward Neill, music to listen to while painting, painting music, shadow art finds.
Bookmark the permalink.